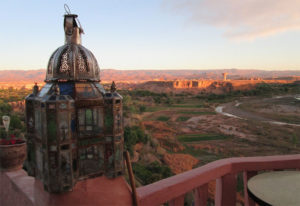 I just finished reading, and listening to, Saturday Night Widows: The Adventures of Six Friends Remaking Their Lives, a memoir by Becky Aikman. Widowed at age 47, she’d been married for twenty years when her husband died from cancer after a four and a half year battle through numerous operations and rounds of chemotherapy and radiation. The subtitle of her book, The Adventures of Six Friends Remaking Their Lives, is somewhat misleading because the six women were not friends in the beginning of their relationship. In fact, when they first met, Aikman had concerns that she had made a mistake bringing them together.

The idea for an alternative Widow’s Support Group came after she attended an established group led by a social worker. After the meeting, she was asked not to return. It was quite a shock to be kicked out of a Widow’s Support Group, of all things. Apparently, she wasn’t wallowing in her tragedy, sadness and confusion in the most socially acceptable way. After that experience, Aikman opted to create her own kind of positive, moving forward support group where one of the women set the tone by saying that the best antidote to unhappiness was replacing it with happiness.

The group planned monthly meetings on Saturday nights, the most difficult night of the week for newly widowed or divorced women who are no longer welcomed by their coupled friends. They began stepping out of their lives to make great adventures happen and chose to travel to Morocco, one place none of them had ever been before. As a group and individually, they created their own life-changing experiences, responding in their own way. In Morocco, they immersed in local rituals and traditions. Their guide planned a number of surprise activities for them, including an evening meeting with Moroccan widows, communicating via an interpreter.

Life-changing travel can happen anytime, anywhere, by design, happenstance or history. These six women were all very different from each other yet were each rebuilding their lives after a major life change and loss. The wide variety of opinions on how they most wanted to spend their time on this trip was almost comical. There are life changing trips some travelers dream about visiting a particular place while others are surprised by their own personal growth in ways not previously considered. My personal motto is: Don’t wait for a tragedy to strike to create a change or make something great happen. Enjoy today. Where will you go next? What will you do? Whose life will you change?

To Graze or Not to Graze?

My Volunteer Trip to Costa Rica